Last week the flush on our toilet at home finally went. It had been a bit dodgy for about 2 years, but if you gave it a good pummel and flicked your wrist a certain way then 8 times out of 10 it would do the job! It wasn’t quite so easy for visitors until you taught them the special technique, but seeing as we haven’t had too many of them over the last year it’s not really been a problem!

So it was that I found myself, in amongst all the home-schooling nonsense, trying to engage the services of a plumber. A simple task you might assume, but if you were so naïve as to think like that, then you’d be wrong. Couldn’t get a blinkin’ plumber for love nor money! I phoned the ones recommended by my neighbours and the ones I found on google, but some didn’t answer, others were too busy and the rest said they’d come and didn’t. The latter were the most annoying because they were the ones I even cleaned the bathroom for!

A few days later I was scrolling through Facebook and noticed a plumber I hadn’t heard of, recommended by someone. “One more to try,” I thought! As always when I’m going to use a business that’s new to me I googled him, hoping for glowing reviews. I couldn’t even find him! Normally that would be enough to put me off but this time I was desperate, so I gave him a call. 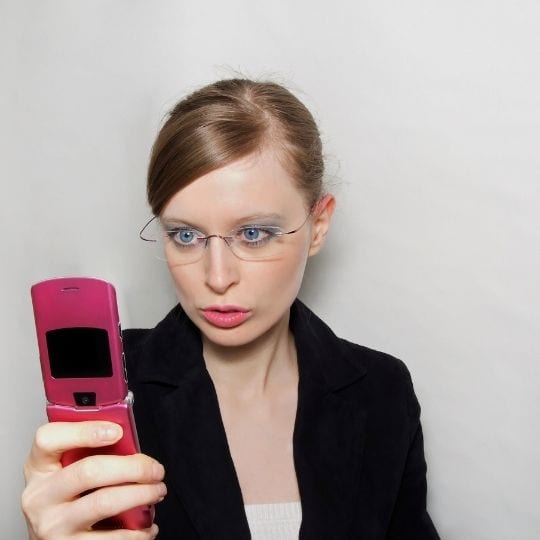 He said he would come that evening ✅

But I was still nervous. “He can’t be that good if he’s not busy and he’s able to come so soon.” “He probably won’t come anyway, maybe I’ll not even bother cleaning the bathroom.” Why were these doubts in my mind? Because I had no evidence that he was any good – no recommendations from friends, I’d never seen any of his work and there were no recommendations on social media from people I didn’t even know. Even when he did come when he said he would and said he’d come back the next day to fix it, I was unconvinced.

However as he was leaving he turned to me and asked me how I’d heard about him. As a business owner and someone who spends most of her time trying to market a small business, I could have kissed him! This is one of the best questions you can ask a new client of your business and it’s one we ask all of our patients. Why? So we can work out which of our marketing strategies are working and which ones aren’t.

When I told him how impressed I was that he’d asked that, he started to tell me how he’d been made redundant in November as a result of COVID and had just started up his own business. He was keen to find out whether his marketing was working and was trying to decide what else he should invest in to help build up his clientele. The poor guy probably wishes he’d never brought it up. Here was me – I’d been stuck working at home and home-schooling for what felt like an eternity and I knew I could help him. I think his ears were bleeding when he left!

I told him how I’d found him because someone recommended him on Facebook, but that I hadn’t been able to find him on Google or find any other reviews, and that I actually only called him because I couldn’t get anyone else. To be honest if there’d been another plumber who had been recommended to me and who could have come I would have gone with them over him because of this.

So what should be his first three steps to increasing his client base when he’s just starting out and doesn’t have much cash to throw around?

He needs to build his social proof and that’s exactly what we continue to do on a daily basis at Coatbridge Family Dental Care. Showing people how popular your services are makes people more confident that you’re the right choice for them.

Here’s how to do it:

My plumber already has a Facebook page and once I found it I realised the content he had on it was pretty good. He had posted regular pictures of the work he’d been doing and he’d clearly started asking clients for reviews, which is fantastic.

He’d definitely benefit from linking his Facebook page to an Instagram page too and getting some photos on there regularly. The bigger your audience, the bigger your potential client base.

Facebook Business Suite allows you to post to both Instagram and Facebook at the same time and also allows scheduled posts so you can set up, for example, a week’s worth of posts at one time. 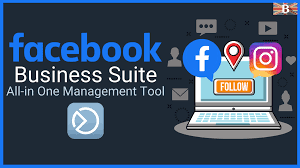 2. Claim your Google My Business

You’ll also remember that the first thing I did when I heard of him was to google his business and I’m confident you all do the same. What do you think when you find a business and it has lots of positive reviews, and is that different to what you think if you can’t find a business ­– what impact does that have on whether you use that business or not?

You can find out more about Google My Business here 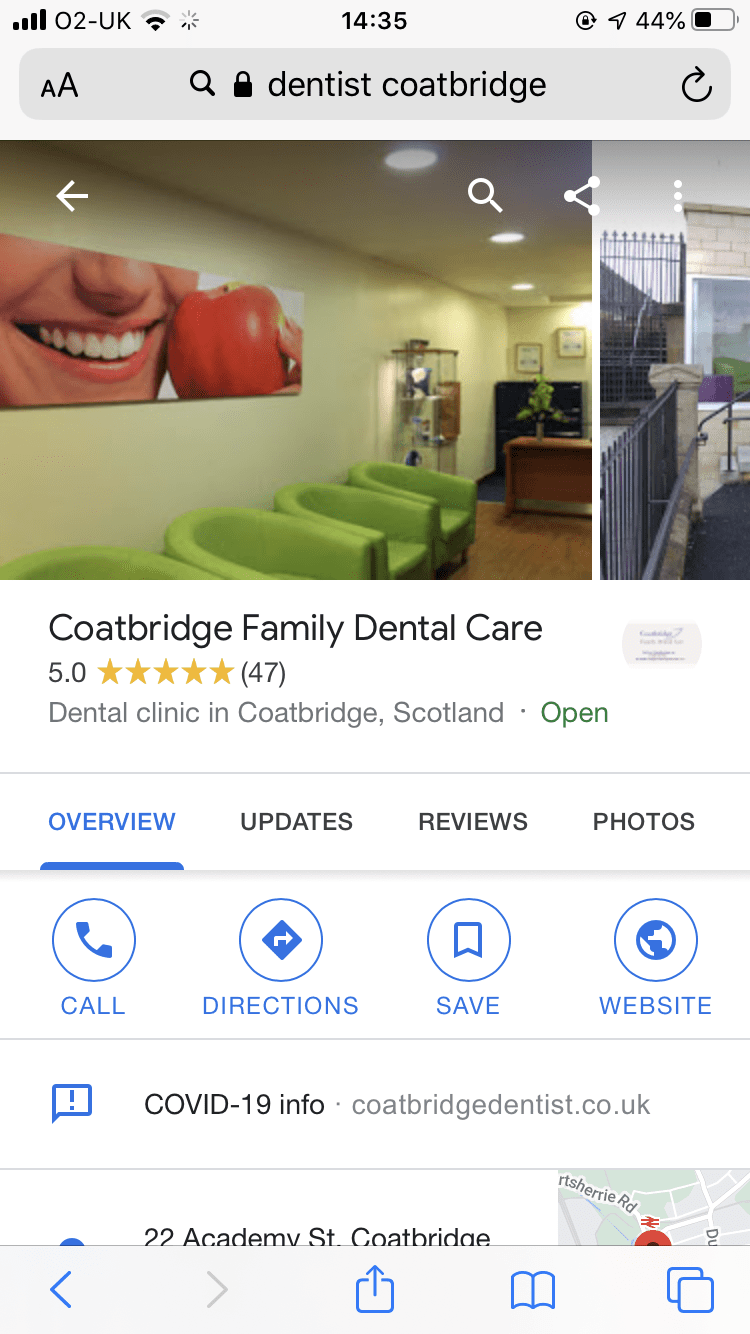 This is something he’s already started doing and it’s what he really needs to focus on for the foreseeable future. Once he has his social media up and running and has claimed his Google My Business page he needs to ask EVERYONE he does work for to leave him a review.

Back in the good old days, when we could still go to the shops, if you were looking for a pair of jeans, you just had to go in to a store to compare the quality, look and fit of different pairs, and decide which ones you liked best.

When you’re shopping for goods online or shopping for services like plumbing or dentistry, it’s much more difficult to make that comparison, you have to rely on other people’s opinions to help you make your decision, as you don’t have the actual product there to try out. So the people looking for your services are relying on your business’ reviews to help them to choose you.

Lots of great reviews also help people to find your business through Google. More positive Google reviews can improve your business’ ranking on a local Google search and Facebook reviews will show Google that people like your business, which can also take you to the top of Google without having to pay for Google ads. 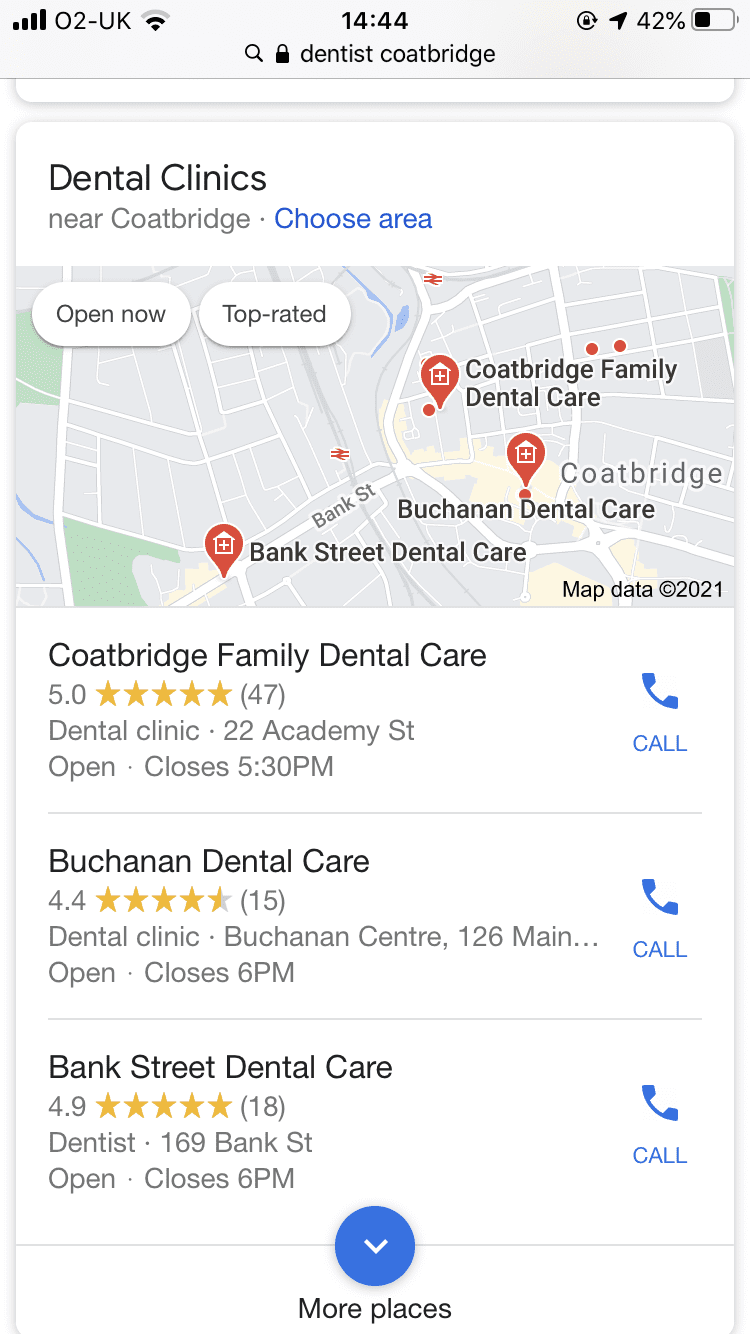 Asking for reviews can be daunting and I know from trying to get our team to do this over the last 10 years that people find it difficult to do but reviews demonstrate to people how popular your services are and that you have lots of happy clients and that is what makes people more confident that you’re the right choice for them.

I’m hoping that these first 3 steps will help my plumber to build a really successful business and I hope that if you’re just setting out they’ll help you too. We’ve been asking for reviews from our patients consistently for the last 4 years at Coatbridge Family Dental Care and it’s something that we still encourage our team to do on a daily basis. It’s our most powerful tool to make sure people know who we are and what we do, and best of all – it’s free!

If you’ve been happy with the dental care you’ve received at Coatbridge Family Dental Care you can review us here:

And check out our latest reviews here or here

Oh and if you need a plumber in Stirling or Dunblane check out David at:

he fixed my flush in record time and I’d highly recommend him!

This website uses cookies to improve your experience while you navigate through the website. Out of these cookies, the cookies that are categorized as necessary are stored on your browser as they are essential for the working of basic functionalities of the website. We also use third-party cookies that help us analyze and understand how you use this website. These cookies will be stored in your browser only with your consent. You also have the option to opt-out of these cookies. But opting out of some of these cookies may have an effect on your browsing experience.
Necessary Always Enabled
Necessary cookies are absolutely essential for the website to function properly. This category only includes cookies that ensures basic functionalities and security features of the website. These cookies do not store any personal information.
Non-necessary
Any cookies that may not be particularly necessary for the website to function and is used specifically to collect user personal data via analytics, ads, other embedded contents are termed as non-necessary cookies. It is mandatory to procure user consent prior to running these cookies on your website.
SAVE & ACCEPT