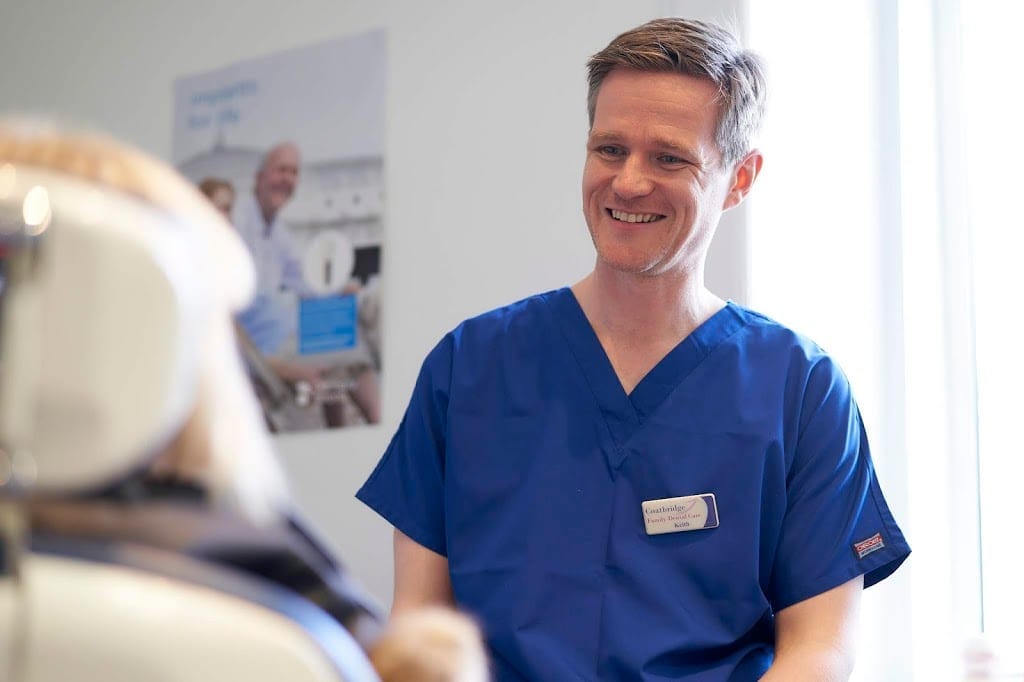 Looking for a Dentist Who Listens to What You Want? Coatbridge Family Dental Care is the place for you.

Are you looking for a dentist who listens to you?  Read on.

We regularly ask for and listen to our patients’ feedback. Last year we asked some of our patients if they would mind telling us what they thought of Coatbridge Family Dental Care on camera. We spoke to patients who had treatments such as dental implants, smile makeovers, veneers and crowns, and Invisalign.

Keith was sitting (relatively) quietly in the back of the room while his brother Niall and I interviewed and filmed our patients. (He admits both of us are better at that kind of thing!)

I have to be honest and say I found the whole thing quite emotional. Here I was listening to Keith’s patients talk about how the treatment that he and our team had provided had made such a huge difference to their lives.

You can watch the finished video below and some of the individual patient videos can be found here.

Our Patients Love a Dentist Who Listens to Them

As I listened, however, what really became apparent to me was that these patients weren’t just happy with the dental treatment they’d received.   Yes they felt more confident now they had a smile they liked, yes they were delighted they could eat the food they wanted to again and yes some were relieved to no longer be in constant pain.

But the overwhelming feeling I got from them all was that they felt like they’d been listened to.  That they’d found a dentist who listens to them. That they’d had time to discuss and have a say in what they wanted from their treatment and that they felt that their care was a collaboration between themselves and Keith. This meant that they all got the result they wanted.

It made me so proud of Keith and our team. This is the experience I would expect in any healthcare setting. Unfortunately it doesn’t always happen like this. As a dentist, it can be very easy to just get caught up in the teeth and forget that there’s a person attached to them!

A Dentist Who Listens, Hears What You Need

I’ll never forget one of the dentists I worked with just after I graduated. He was technically fantastic, and he had a real love for teeth, unfortunately he didn’t really like people! His nurse would chat to the patients in the waiting room and then bring them through to the surgery. He wouldn’t even speak to them. He just did their treatment – in silence!

The patients had no opportunity to tell him what they liked or didn’t like about their teeth, or even to let him know if they were a bit anxious about treatment. Half the time, the patients didn’t even really know what they were having done!

As someone who was always quite anxious going to the dentist, the thought of being at the mercy of a dentist like this used to freak me out! (In fact I’ve made him small so he doesn’t scare me too much!)

Perhaps someone should have shown him this article! 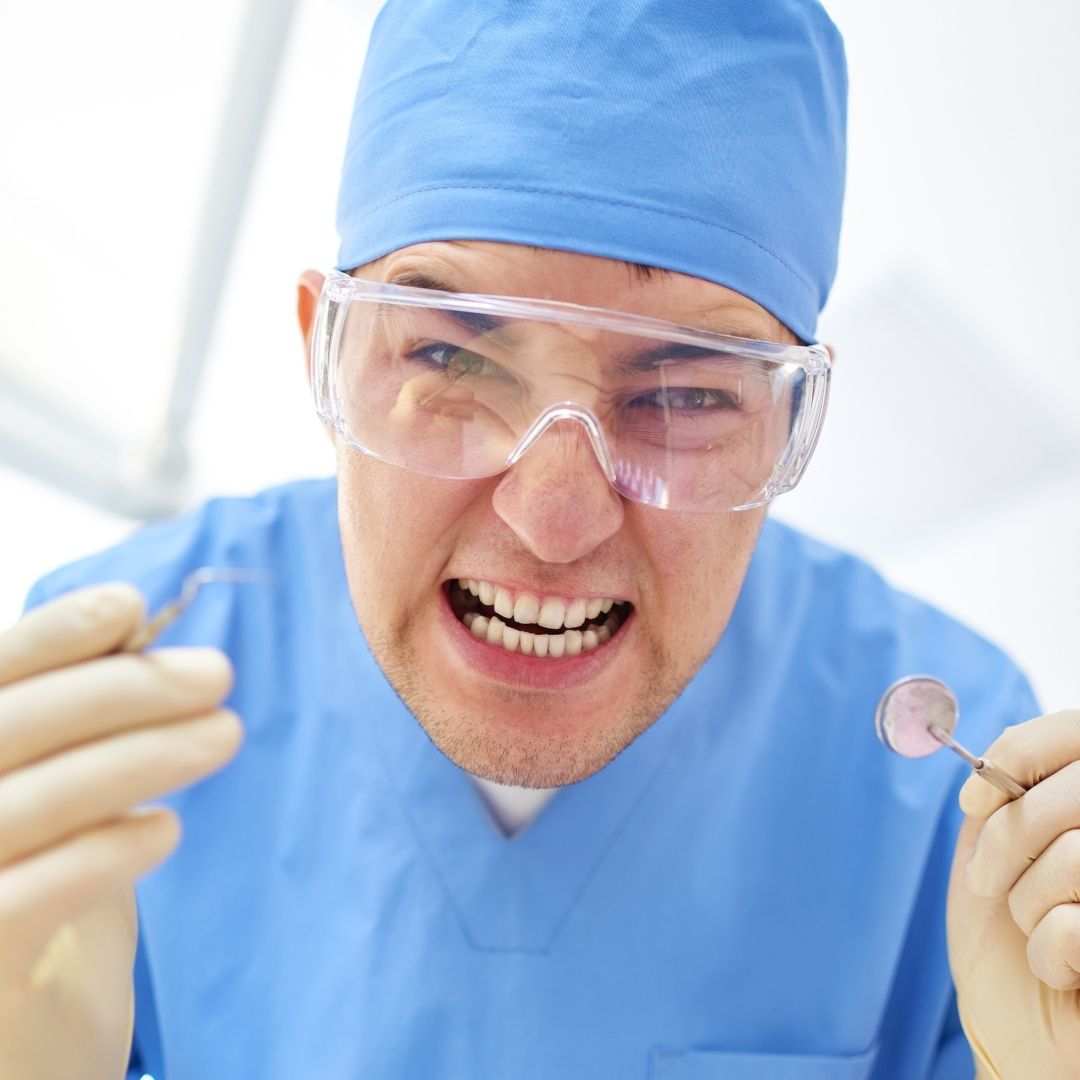 Listening Puts You In Control of Your Care

I don’t think Keith and I were ever going to work in that way, we both like to chat and we’re both interested in people.

Many people fear going to the dentist and that often stems from a lack of control. It’s important to us, that as one of our patients, you feel in control of you care. Over the years we’ve grown a team all with similar values. 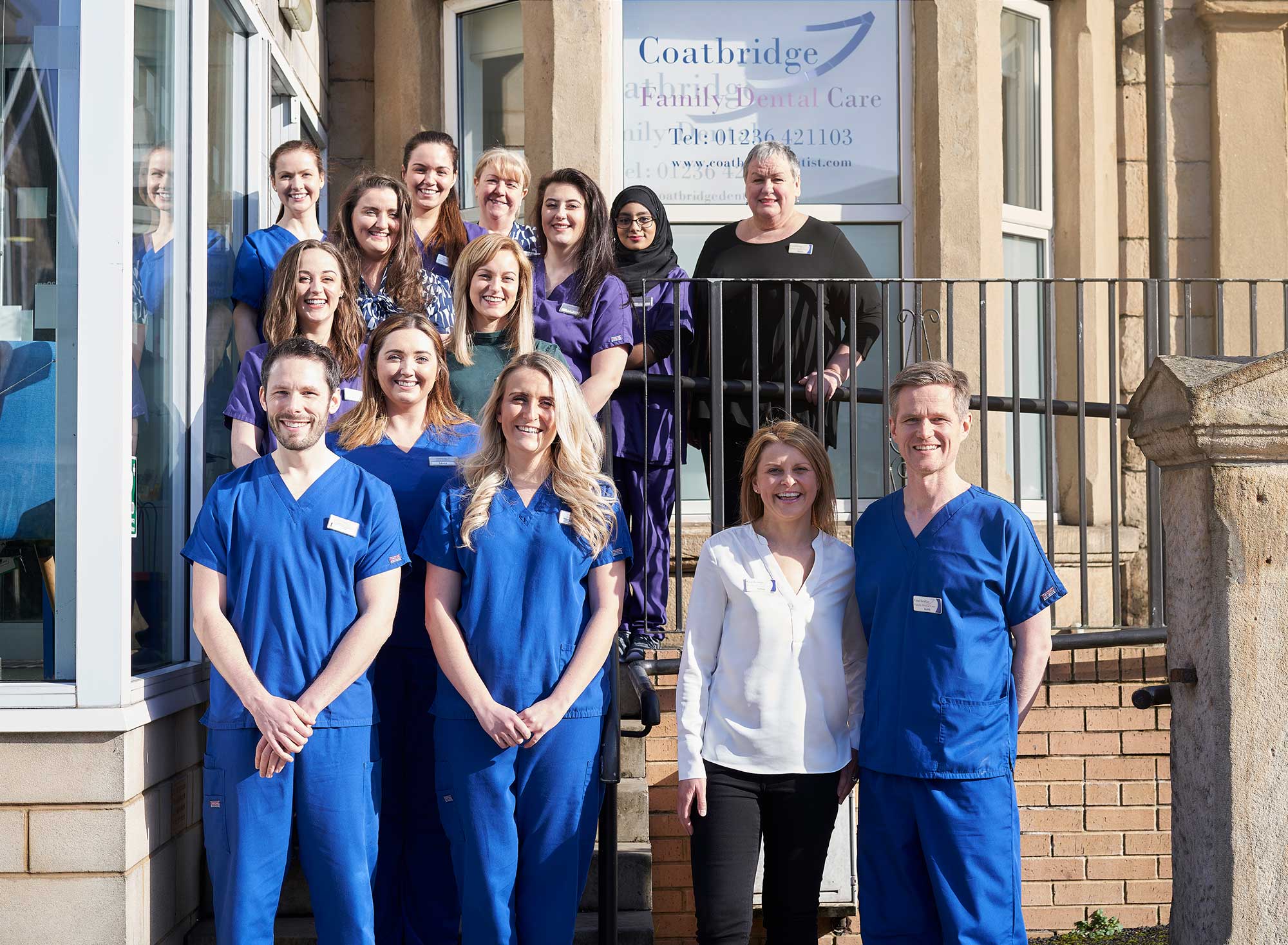 A Dentist Who Listens = The Smile You Want

At Coatbridge Family Dental Care our motto is:

A Team Who Cares. Dentists Who Listen. The Smile You Want.

Our belief is that when you come to see us we offer something unique. You get to work together with a fantastic team who care about you and with dentists who take the time to listen to you.   This makes it really easy for you to achieve the smile you want .

A new patient consultation at Coatbridge Family Dental Care is different from anything you’ve ever experienced at a dentist before. As well as carrying out a thorough dental health check, we ensure all our dentists have plenty of time to spend talking and listening to you.

They want to get to know you, to find out what it is you want and need from your dental care and the impact that it will have on your general health and your life.

Often patients come to us with a particular treatment in mind.  By taking the time to listen to what it is exactly that you’re looking for and combining that with our expert knowledge, we can determine whether that treatment or another will give the best result for you. 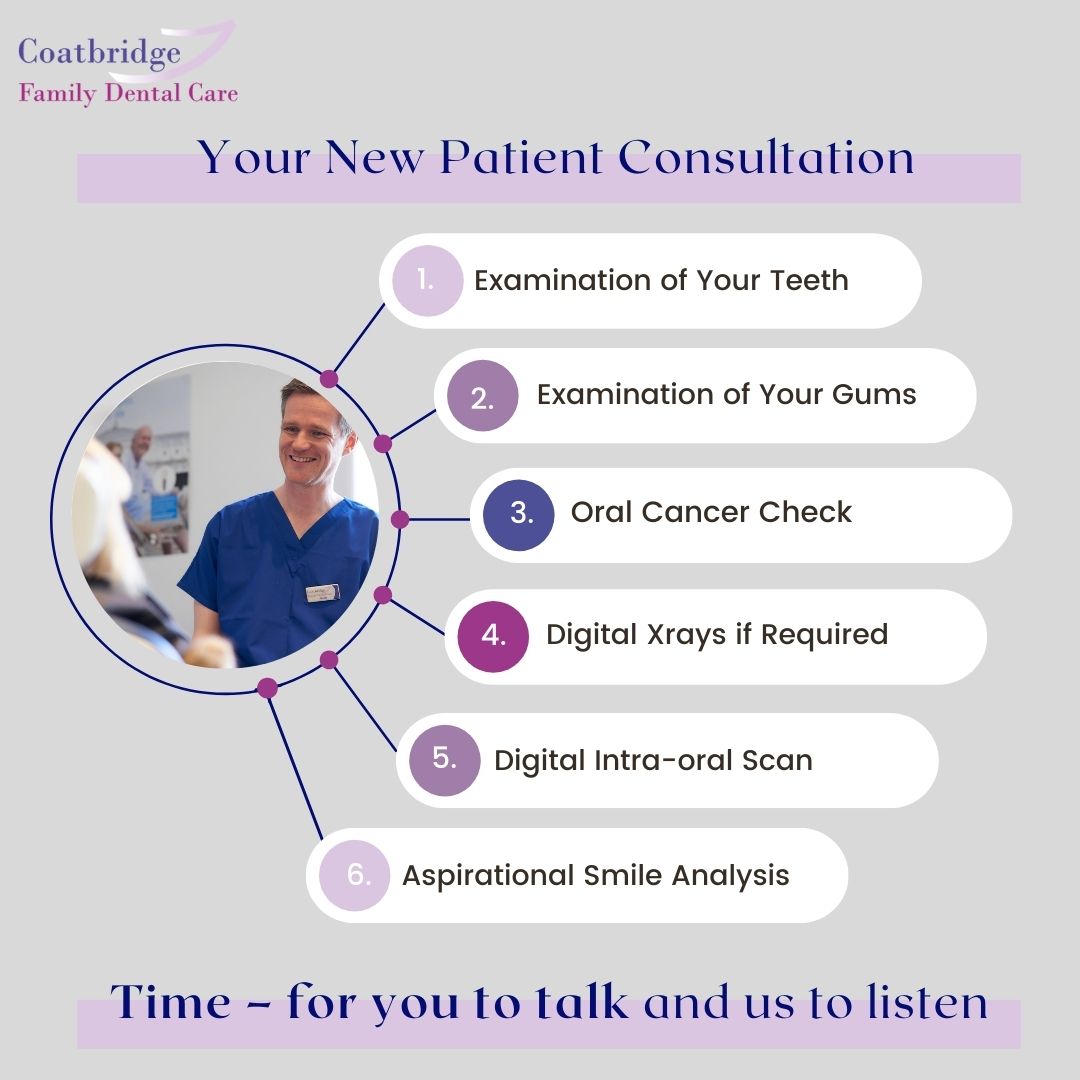 For more complex treatment, our dentists will often spend the same time again or more, going over all the notes they’ve taken and planning your care.

Included in your new patient consultation is a second appointment, if required. This is with our one of our experienced Patient Care Coordinators. They will spend time talking you through your options for treatment, listening to any concerns you may have, answering any further questions and helping you plan payments or finance to suit you. 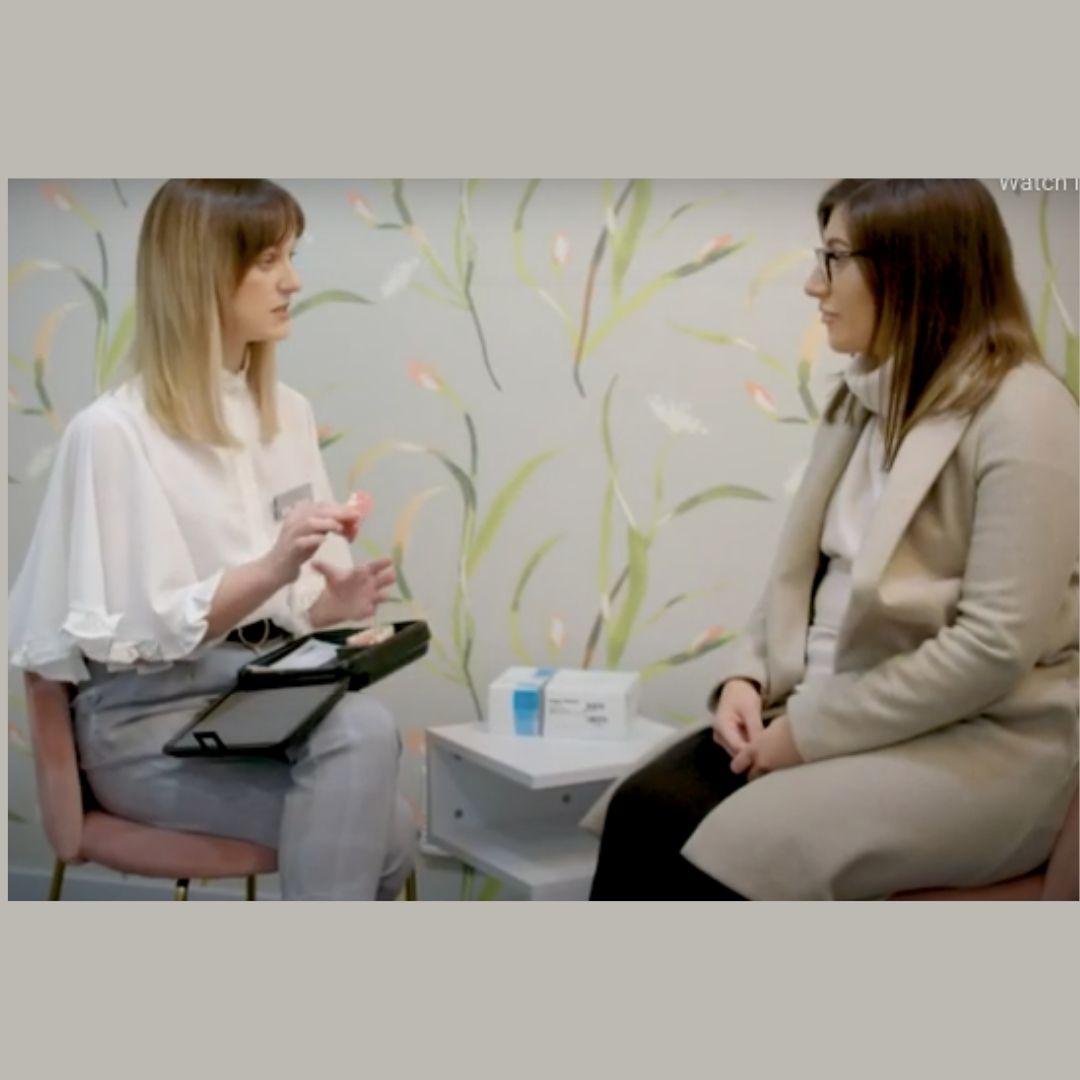 Come and See Us, We’ll Hear Your Voice 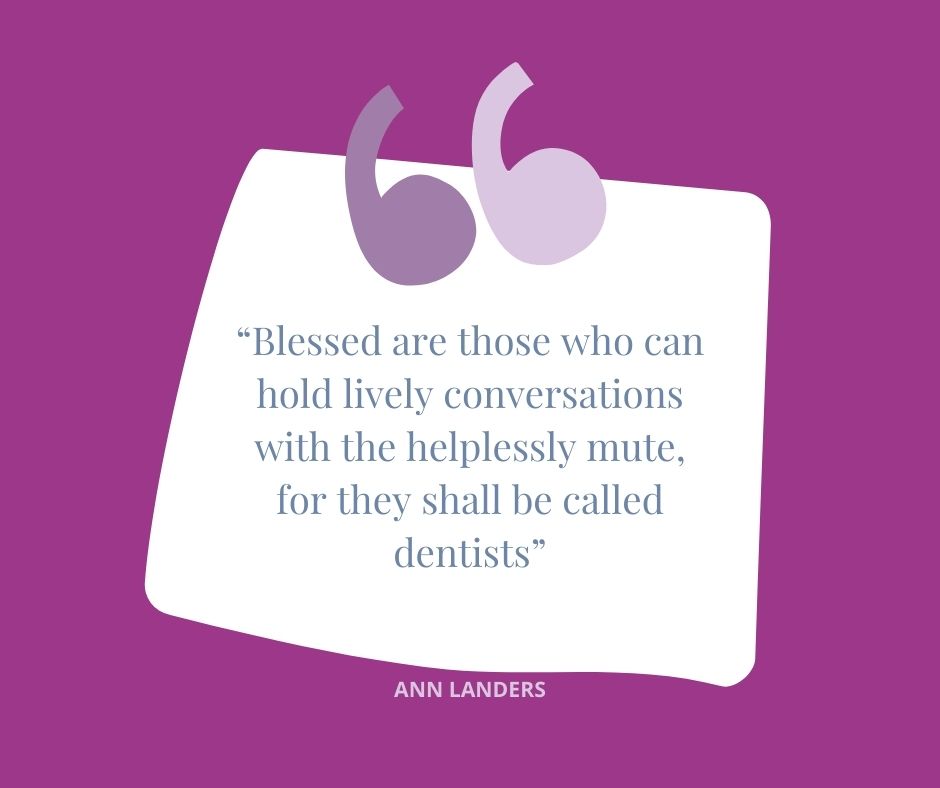 The last thing we want is for our patients to feel helpless or not to have a voice. We want to hear what you’ve got to say.

Too many of us live our lives at break neck speed these days. We promise to take our time and listen to you so you can achieve the smile you want.

A new patient consultation is just £69.

Go on, invest in yourself.

This website uses cookies to improve your experience while you navigate through the website. Out of these cookies, the cookies that are categorized as necessary are stored on your browser as they are essential for the working of basic functionalities of the website. We also use third-party cookies that help us analyze and understand how you use this website. These cookies will be stored in your browser only with your consent. You also have the option to opt-out of these cookies. But opting out of some of these cookies may have an effect on your browsing experience.
Necessary Always Enabled
Necessary cookies are absolutely essential for the website to function properly. This category only includes cookies that ensures basic functionalities and security features of the website. These cookies do not store any personal information.
Non-necessary
Any cookies that may not be particularly necessary for the website to function and is used specifically to collect user personal data via analytics, ads, other embedded contents are termed as non-necessary cookies. It is mandatory to procure user consent prior to running these cookies on your website.
SAVE & ACCEPT